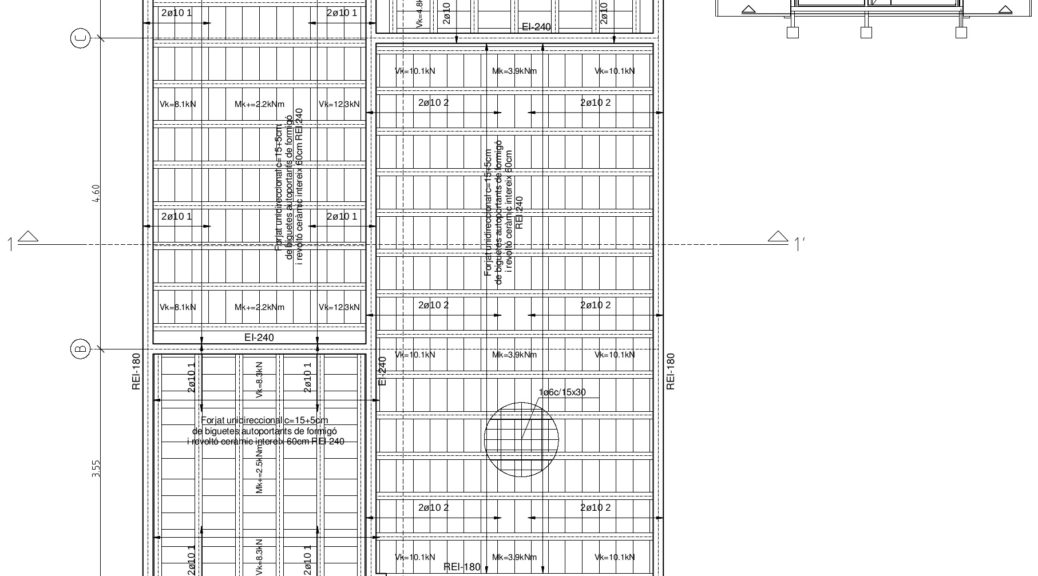 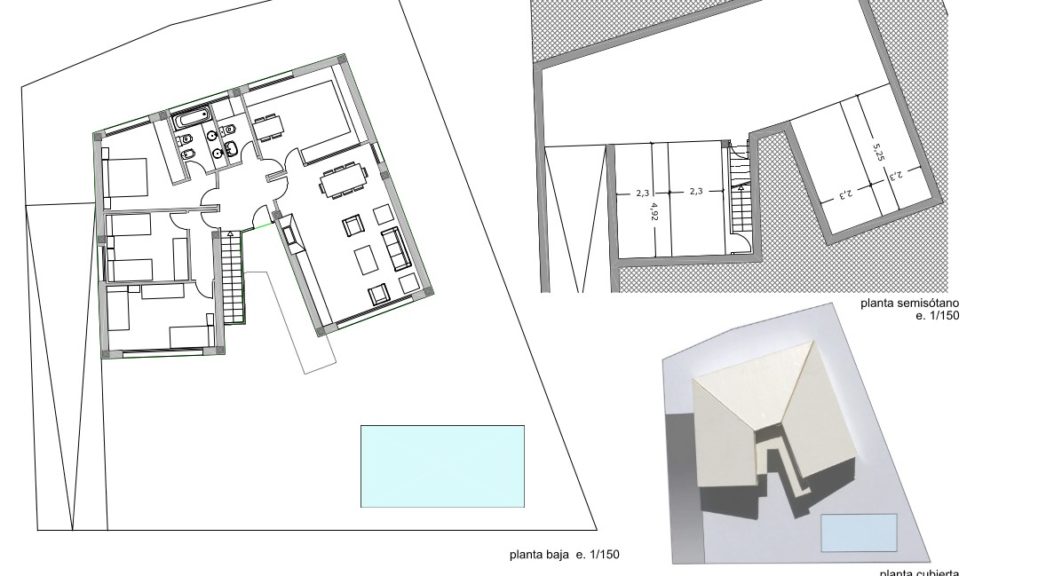 This house volume is designed entirely with one unique vertical section. This solution grants simplicity to the building system and lows costs. At the same time, is giving “economy” to the architecture speech. Only in the entrance to the plot, the views of the house are a little bit more monumental, where you can go on through the “patio” to reach the main entrance. 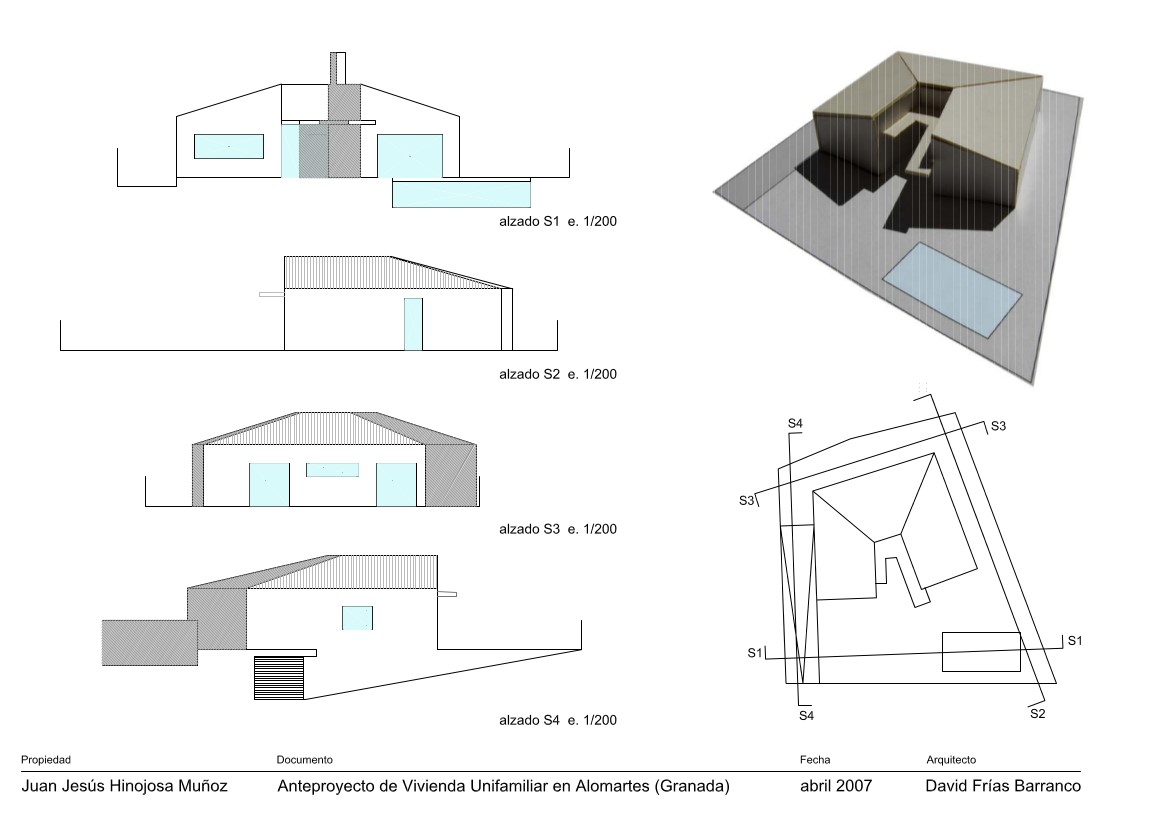 This exercise was developed inside the Urban Planning department into Architecture School in Barcelona. It ​​proposes the demolition of military barracks at the south of the park called Muntanyeta, and convert it for residential, commercial, and recreational use.

The proposal has two main objectives; on the one hand , linking the city into the east-west direction, merging two neighborhoods that have been historically separated. On the other, connecting Rambla Josep Marieges, a very powerful urban space on this scenario, with La Muntanyeta park, through a new pedestrian “broken” axis, formed by a small squares yuxtaposed .